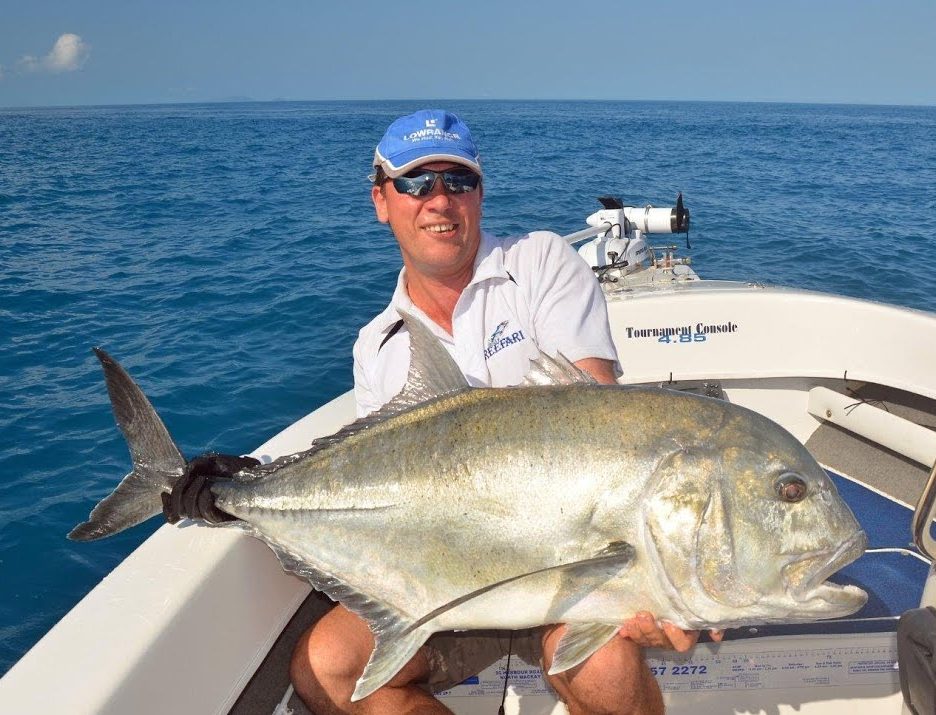 You could tell by the number of boats that the fish were on and from all reports there were quite a few snodgers among them. It was a postcard perfect day on the bay and the anticipation of a feed of tasty seafood treats was making my mouth water. I baited up my line, cast my bait over the side and waited for that tell-tale nibble. Whack! That wasn’t a nibble that was an all out monstering. It nearly pulled the rod out of my hands. Holy Crap what is this? The line began to scream from the reel as I scrambled to tighten the drag and bring it in tight. As the line tightened I could feel his weight for the first time and it was impressive as the rod loaded and buckled. I began to slow him and crank the reel when….nothing…… he was gone…

I slowly began the process of reeling in my line only to realise that my mainline had broken above the swivel. As I began to contemplate what had caused such a catastrophe I was snapped backed to reality by the sudden splashing of baitfish as the water around the boat began to boil with a mass of terrified sardines doing their best to stay alive under the assault of a school of predators. I had to get a bait back to the bottom quick smart if I was going to eat tonight.

I fumbled around the tacklebox and found the right hook, leader, sinker and swivel with my now trembling fingers. As my eyes are now not what they used to be I reached up to my collar to retrieve my reading glasses to thread it all together. To my horror I found nothing. Where were they? What had I done with them? Where had I left them? Had they fallen overboard? How the hell was I going to get a rig together now?

I racked my brain for a solution. I had some premade traces in the tray that I could use at a pinch but that still left me with the problem of threading an old sinker on braided line and tying a knot with trembling hands and below average eyesight. What to do? Then it hit me. A mate of mine had given me an Anysink to try out a while back. I fumbled around in the bottom of the tackle bag and SNAP! There it was, the answer.

You see the anysink threads easily on the line with very large holes in the outside. It then simply opens like a clam to hold your sinker without having to thread anything. I could even pack some mashed pilchards around the sinker to attract those badboys right to the hook. With it threaded, packed and the single knot tied I dropped my line back over the side and waited.

WHACK……and we were off again…..