Flight of the beach umbrella 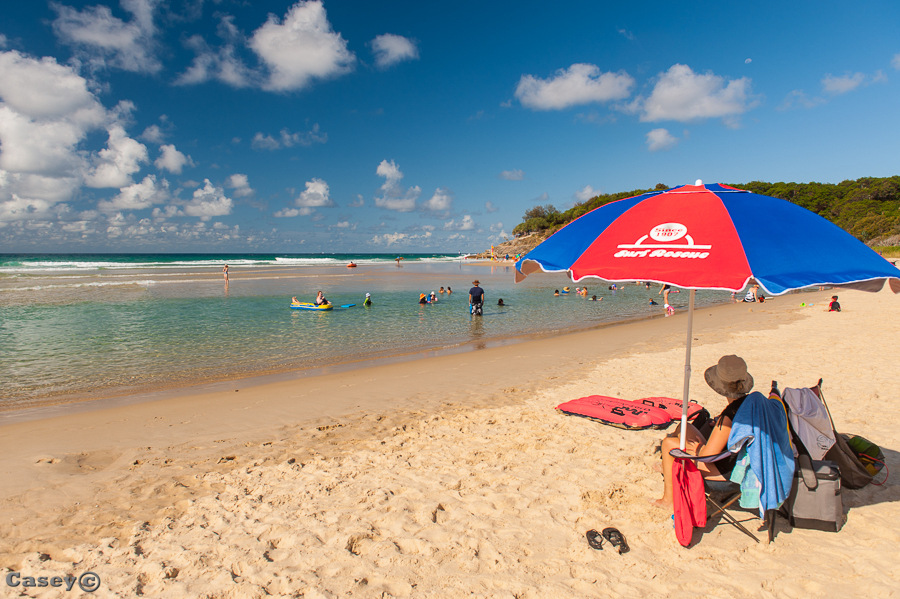 “Hey Mummy look at that… the umbrella is dancing..” Umbrella dancing? WTF? A quiet day lying on the beach on a weekday in the middle of the summer holidays with just you and the kids and someone’s umbrella is dancing? Too much sugar for holiday breakfast maybe? Somewhat confused you move your gaze from the trashy woman’s mag that you would never been seen dead reading at work to the direction where the giggling toddlers are pointing just in time to see a very large beach umbrella exit its anchoring device and start cartwheeling down the beach towards you.

The transition back to reality is immediate and jolting. With a surge of adrenalin heightening your reflexes you discard the mag and leap to your feet in a move that Lara Croft would have been proud of. Instinctively you grab your two babies and pull them close to you in a mother bear style of protective hug which places your body between you and the evil hunter now tumbling ever closer. You take a deep breath, peer back over your shoulder and brace for the impact as the somersaulting shade and its lethal sand spear get closer and closer. You close your eyes, pull the cherubs heads in tight and surprisingly have time for a quick prayer before impact. Its funny how in moments of perceived crisis time really does appear to slow down?

After what seems an eternity you pluck up the courage to open your eyes. To your amazement  the offending piece of beach furniture is continuing its flight to freedom down the beach and, in a scene reminiscent of a streaker at the cricket, is now being chased by the owner of the umbrella, several concerned beachgoers, a couple of grey nomads in lycra swim shirts and several burley lifesavers in budgie smugglers. After checking for injuries to the kids you are joined by several other mums who describe in detail how close that rogue umbrella came to collecting someone. As they point up the beach and retell their experiences you notice something unusual that doesn’t look quite right and sticks in your mind. As you settle back onto your towel and set the kids off to play again in the sand you turn to look again to be sure. Yes it’s there. Standing proudly no more than 10 metres from the towels of the people who are now retrieving their lost and lethal umbrella stands a second almost identical umbrella. Concerned by this sight you walk down to check on the chance of lightning striking twice….

After striking up a conversation with the young mum enjoying it’s shade you are perplexed by her seemingly blasé attitude to the whole situation and the possibility of her umbrella joining its friend in a free-spirited romp down the beach. After a few minutes of chit chat with no real idea of her story and amid growing frustration you decide on a more direct approach. “ Aren’t you a bit worried your umbrella might take off too?” you ask. She points to a sticker on the shaft of her umbrella. “Protected by UmbrellaGuard. Another WindGuard product. www.windguard.com.au”. Curious for answers you grab your phone and open the web browser…. 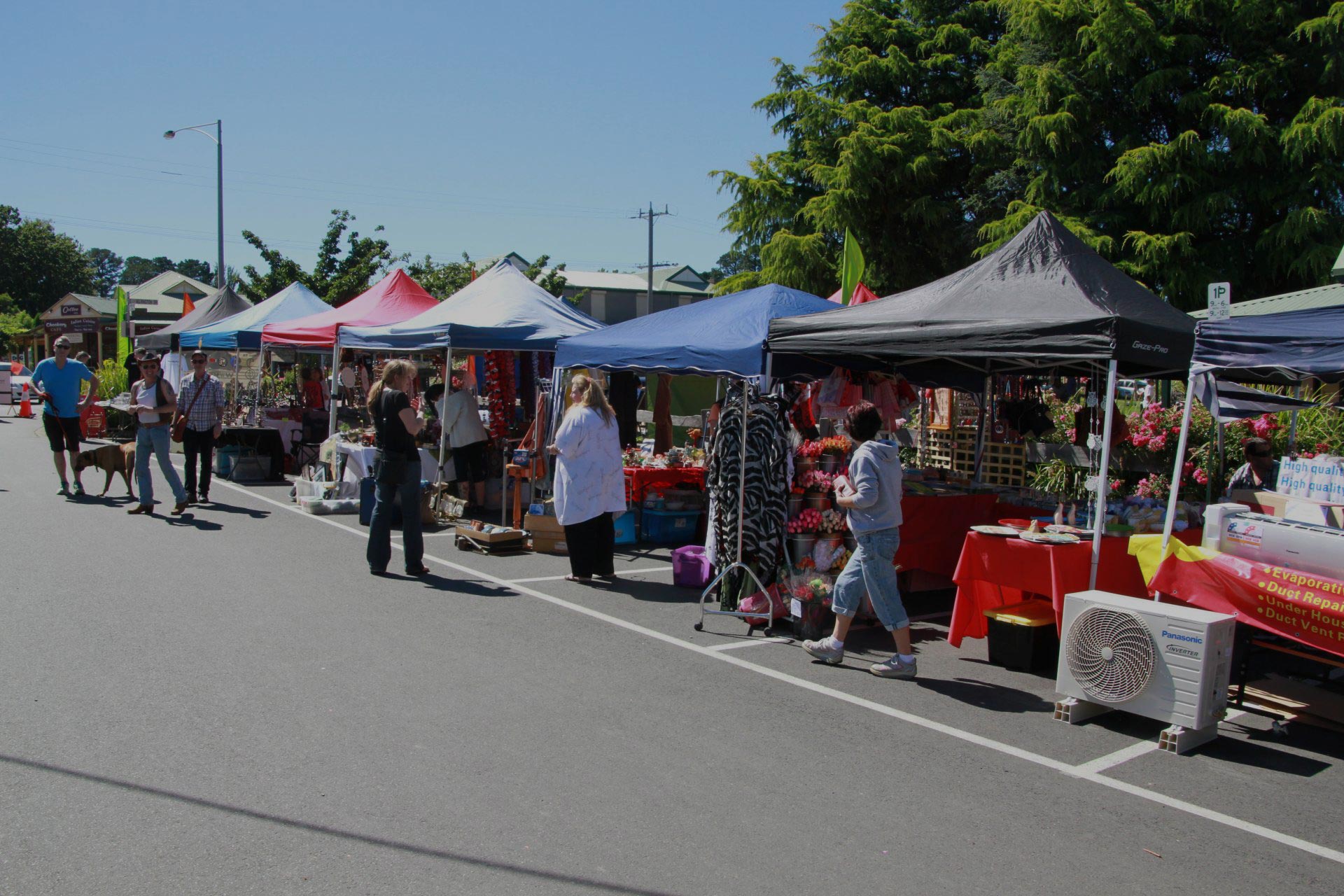 “Man I really need to get a trolley for this!” Its funny how this thought only enters your head as you are trying to get these awkward, bulky behemoths out of the boot every stall day. You’ve filled them up with sand like the pimple faced guy at the hardware store told you to but now they weigh a tonne and they keep pinching your fingers every-time you try to put them down. With them weighing 15kg each and without that trolley you’ve got to manually lug them up to the stall one at a time. This wouldn’t be as much of a problem if you were able to park beside the stall to unload but this new show has a no vehicles policy due to public liability issues and you have to park 100m away. That’s 100m each way! That’s 200m each way carrying 15 kg for half of it. For 8 weights that’s 1.6 km with a 15 kg weight attached for half of it. You also realise solemnly that you have to do it twice because you’ve got to pack up again later! Who needs a personal trainer with these bad boys!

As you walk past the other stallholders making the same painful trips (not quite as bad for most as they have invested in a trolley. D’Oh!) you start to notice a lot of them lined up and chatting at the tap. Curious you try to catch a few words to garner some local knowledge as there must be an easier way to do this. They seem to be discussing their stall setups and the word they keep repeating is “WindGuardian”.

After you have lugged all of your weights, stock and signage to the stall and got setup for the day you find yourself ready a few minutes early so you decide to take a walk around, grab a coffee and look at other various stalls to see if you can find out what these WindGuardians are. You don’t have to walk too far to find the answer. Two stalls up from your stall, you find Davo the fishing tackle guy who knows exactly what WindGuardians are as he has them attached to his gazebo! Davo is more than happy to give you a run through on how they work.

Rather than a solid knuckle busting Olympic size weight at each corner Davo has a large plastic foot attached to each leg of his canopy and two waterproof canvas bags filled with water sitting on top. All he had to do was fit the lightweight plate to the leg, unroll the lightweight waterproof bag, walk 10 metres to the tap and fill it up with 10 litres of water. In fact he tells you that if it is a very calm day he doesn’t even bother to fill the bag completely! He also tells you that at pack up time he simply unclips the bags and lets them fall over in the gutter and the water rushes out. He even tells you that have holes in the corner for big tent pegs so they work on the grass as well. Simples! Impressed you set out to find out more about this amazing new system…and to buy a bloody big trolley! 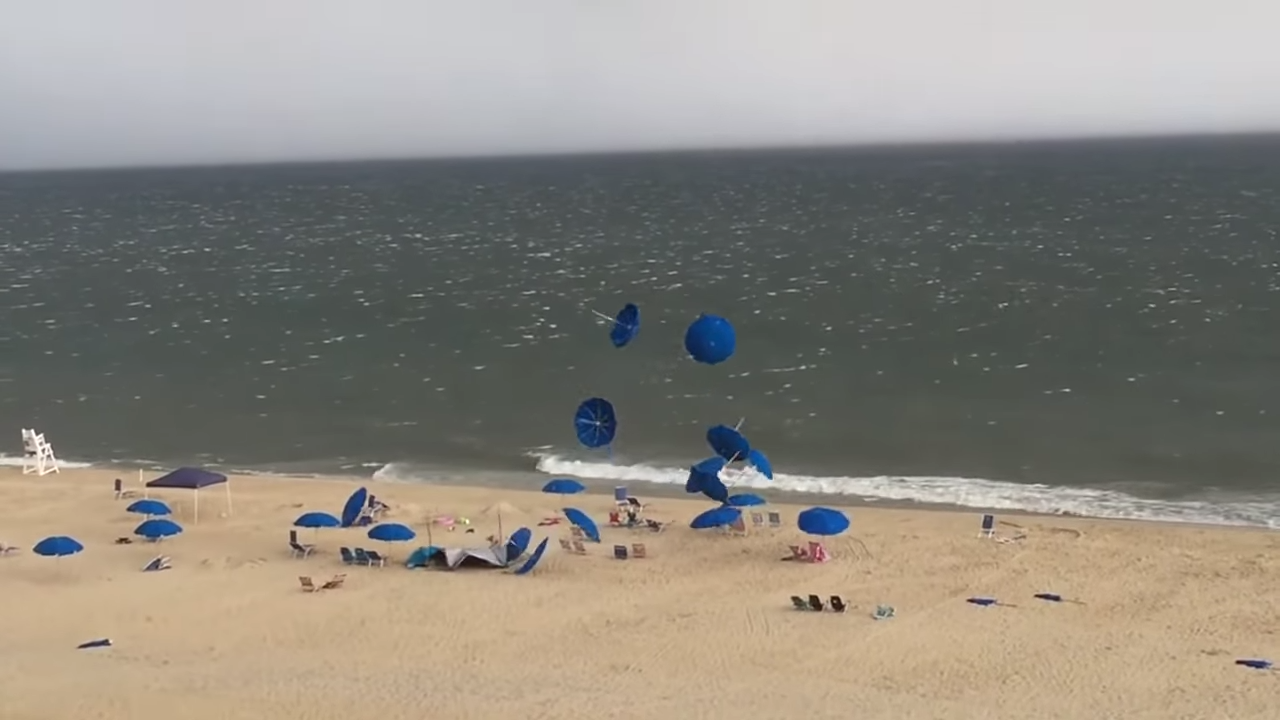 I decided there had to be a better way to keep beach umbrellas, 4wd awnings, gazebos and portable awnings from blowing away in the wind. As a previous teacher of aeronautics in a private boys school I was quite familiar with the aerodynamic forces in play when it came to flight. All that was needed for an object to take flight was for the amount of lifting force acting on it to be greater than the force of gravity holding it down.

The shape of these very light weight shade structures means that as a column of air (the wind) moves across them the distance across the outside of the roof of the structure is much longer due to its triangular shape than the direct path the air can take underneath the structure. This results in the air spreading out across the top making it less dense causing an area of low pressure. The easy path underneath forms an area of high pressure. This generates an upward force called lift. Once the lift exceeds the amount of downforce generated by gravity the object will lift off the ground.

Traditionally the answer to this has been to increase the amount of gravity by adding additional weight to the base of the legs. This will work to a certain degree but eventually if the wind is strong enough the lift generated will win, particularly on a structure with a large surface area. The answer to this would be to use the strongest force available to hold down the shade device. In the case of a solid substrate like concrete or bitumen the only answer is to use gravity as anchoring into the substrate with pegs is impossible.

The strongest way to anchor shades when on grass is to drive tent pegs into the ground at each corner of the structure. By increasing the size and angling these pegs away from the base of the leg at different angles the ground holding force can be radically increased to the point where it becomes equivalent to a weight of over 100 kg at each corner. By anchoring the shade at each corner at the feet it eliminates the need for guy ropes and pegs which removes trip hazards from ropes in the dark.

When used on the beach the guy ropes and tent pegs become useless. A different method of securing is required. By increasing the surface area of the feet at each corner we can take advantage of the additional density of wet sand and also a new force, suction. By attaching the enlarged foot to the leg and then burying it up to 30 cm in the sand we are using the weight of the wet sand to increase the amount of gravity acting on the foot. By taking a bucket of water and tipping it over the wet sand we are displacing the air from between the grains of sand and compacting them so densely that air cannot enter. This results in a vacuum developing between the underside of the foot and the wet sand. As we try to pull the leg out we are pulling against both the weight of the wet sand and also the suction force. This is similar to when you try to separate two sheets of glass.

But how do I get the water to the base of the leg? Wont I have to take a bucket with me? You could and a lot of times the kids will already have a bucket. If you don’t then you can use one of our portable water and sand weights called the GravityGuard. It is a waterproof drybag that keeps water out but that also keeps water in. It can be filled with up to 10 litres of water and carried to the base. It can also be used when weighting the corners on concrete or bitumen and filled with a mix of sand and water. This mix has a combined density of over 2.0 and means that 10 litres of saturated sand weighs over 20 kg. If you add two of these at each corner you will have a combined weight of over 40 kg at each corner.

The answer to all these problems is the WindGuard system. It is a system of four products that make it impossible for any portable shades from beach umbrellas and 4wd awnings to Gazebos or canopies to take off in the wind. Remember if you don’t want to lose it in the wind, you need to guard it!